2 Lesbian Pastors Wed In The US (See Photos)… 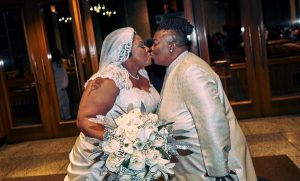 “My father would not come here because he does not believe in same-sex marriage,” Ms. Gause said. “He told me the devil tricked me into this, and that if we had been married in biblical times, we would have been stoned to death.”
Ms. Brown, 46, and Ms. Gause, 45, are both pastors of Rivers of Living Water United Church of Christ.

See photos from their wedding below… 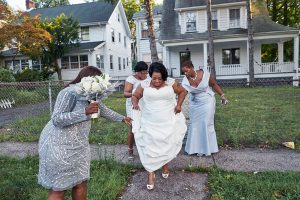 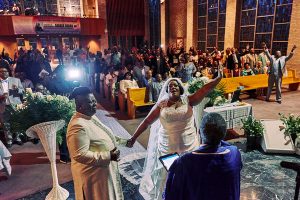 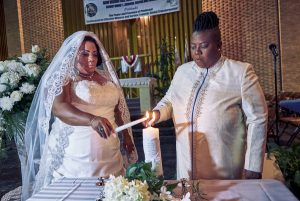