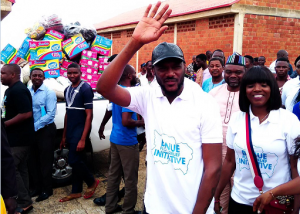 Nigerian music legend, Innocent Idibia, a.k.a TuFace, has arrived at the camp for victims of Benue Flood, that displaced many families.

The Benue born singer was in company of his wife, Annie Idibia and reportedly arrived at 10:40 a.m. to donate gifts to thousands of families who are urgently taking shelter at the camp, as the flood reportedly washed away villages, farmlands, food storage facilities and left many people displaced. 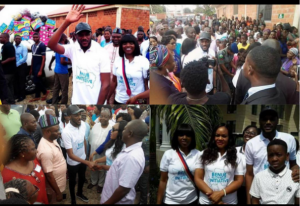 An estimated 110,000 people are believed to have been affected by the massive flood that destroyed homes of residents following days of rainfall last week.