Blackface accused 2baba for stealing his song from him after their band plantashun boiz broke up.

2baba and Blackface Naija have been fighting on social media over the years on the original owner of the song “African queen”.

In May 2017, 2baba threatened to sue Blackface with legal action unless the latter apologized for defamation of character.

However, after some time 2baba still pushed forward with his threats and sued Blackface.

Blackface shared a lawsuit picture on instagram which was asking him to appear in court. He wrote on his caption: 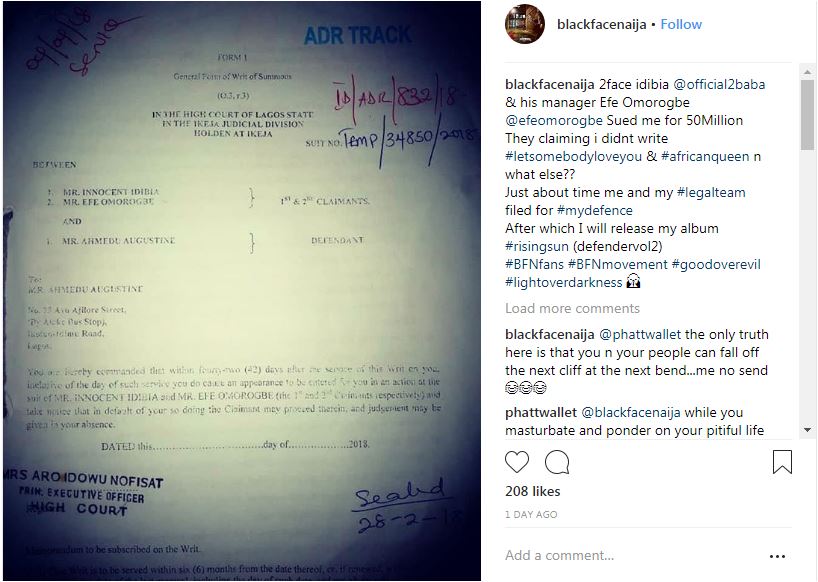