The Chairman of the National Working Committee (NWC) of the All Progressives Congress (APC) sent to Lagos to observe the governorship primaries, Clement Ebri has endorsed the result of the primaries held in the state yesterday, Tuesday October 2nd.

Ebri had in the evening of Tuesday, cancelled the primaries saying there was no primary election in the state.

However, after much consultation with the National Chairman of the party Adams Oshiomhole in Abuja, Ebri was told to accept the results. This happened after Oshiomhole closed door meeting with President Buhari at the presidential villa in Abuja.

Ebri, it was learnt, signed the result of the election won by Mr Babajide Sanwo-Olu, some hours ago.

Sanwo-Olu won the primary with 970,851 votes while Governor Akinwunmi Ambode got 72,901 votes. 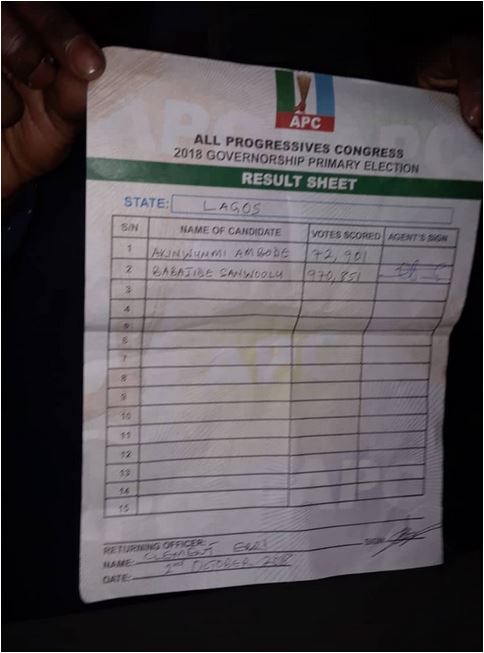