A mother allegedly gave birth to a baby boy with a Quran and Muslim prayer beads in Burga, Borno state. 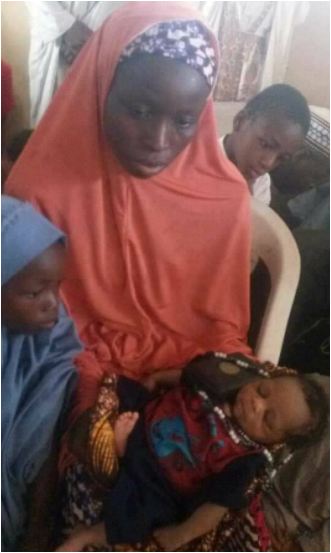 According to reports, the child came into the world clutching a Quran and prayer beads. After his birth, his mother reportedly went to the Islamic leader in Burga, Sheikh Dahiru Usman Bauchi, to inform him of what had happened. She swore she wasn’t lying about the items brought into the world with her son. 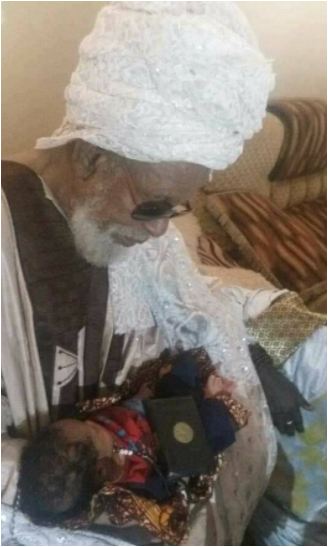 In reply, Sheik Dahiru Bauchi reportedly said: “This is nothing in the sight of Allah for the ungrateful disbelievers of the Prophet (SAW) to further show them that the Messenger of Allah is true. He further showed the world the miracle of the Prophet, which caused the child to be born with the Qur’an and the prayer bead.”

The infant has been named Muhammad Auwal. 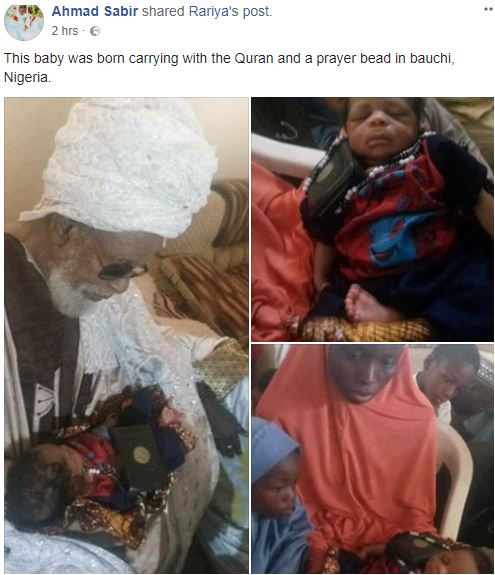