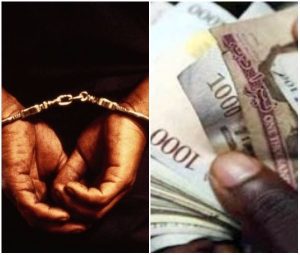 A staff of Eco Bank Plc, Titilayo Adeyemo, who allegedly defrauded a customer of the bank to the tune of N5.8 million, was, yesterday, arraigned before an Igbosere magistrate’s court, Lagos.

Titilayo, 40, who resides at Banjoko Street, Gbagada, Lagos, is facing a three-count charge bordering on forgery, fraud and conversion, levelled against her.

The prosecutor, Inspector Abass Abayomi, told the court that the defendant committed the alleged offence sometime between May and October 2016. He said the incident took place at the Gbagada branch of the bank.

Abbass said the defendant forged a receipt and asked the complainant to fill the receipt, which was not the actual bank receipt. According to the prosecutor, the offence is punishable under Section 285(7), 361 and 323 of the Criminal Law of Lagos State, 2015.

The defendant, however, pleaded not guilty to the charge and was granted bail. Magistrate Chiamaka admitted the defendant to N5 million bail, with two sureties, who are gainfully employed, in like sum. She adjourned the case till September 19 for mention.