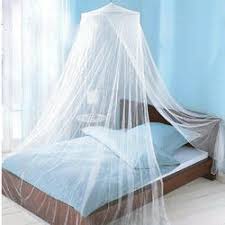 The Federal Ministry of Health has donated drugs and treated nets to people displaced by flooding in Makurdi, Benue.

Mrs Boade Akinola, the Director, Media and Public Relations, Federal Ministry of Health, made this known in a statement on Monday in Abuja.

She said the Minister of Health, Prof. Isaac Adewole, handed over the items to Dr Cecilia Ojabo, the Benue Commissioner for Health in Makurdi on Sunday.

She added that the minister had earlier directed health personnel from Federal Medical Centre Makurdi to provide treatment to flood victims at no cost.

She quoted the minister as saying the essence of his visit to Makurdi was to complement the efforts of Benue Government and partners in providing healthcare services to the victims, as well as
get first-hand information from medical personnel on what they required in furtherance of medical activities in camps created for victims.

She also quoted the minister as saying “we are ready to provide more support based on identified needs; we would provide more drugs and other commodities listed in the request,”

She said the minister commended Nigeria Air Force for deploying medical personnel to work with other partners in the camp, noting that while addressing the victims, Adewole said “we have come to share in your grief and to thank God that you are alive because in other parts of the world, many people die in such disaster.

“We want to assure you that Federal Government is supporting Benue Government to ensure that you are well taken care of, so there is no cause to worry.

“We will look after you, and as soon as things come back to normal, you should be able to go back to your various homes.”

The minister, with other government dignitaries, inspected the International Market Camp and Federal Government Refugee Camp.