Health workers under the auspices of the National Association of Government General Medical and Dental Practitioners (NAGGMDP) and Joint Health Sector Union ( JOHESU) in Benue state will on Thursday, 18th June 2020, commence a total and indefinite strike action.

This was disclosed by the state Chairman of NAGGMDP, Dr Diatah James today in an interview with newsmen in Makurdi, the Benue state capital.

According to him, health workers in the state were owed salary arrears of between five to nine months which was unacceptable. Other demands include timely payment of salaries, payment of special covid-19 allowance, immediate implementation of CONHESS skipping of health workers at the Primary Health Centres and payment of their arrears.

He called for proper entry point for medical laboratory scientists, provision of adequate personal protective equipment for frontline health workers battling covid-19 and also massive employment of all cadre of health workers to avoid collapse of the health sector in the state.

Dr Diatah said the health workers will be forced to embark on their planned strike following the expiration of their 21-day ultimatum on Thursday, and called on the public, including well-meaning sons and daughters of the state, royal fathers and the government to intervene in order to save the health sector from imminent collapse.

The strike, when commenced, will shutdown all the general hospitals in the 23 local governments of the state.

See the memo below : 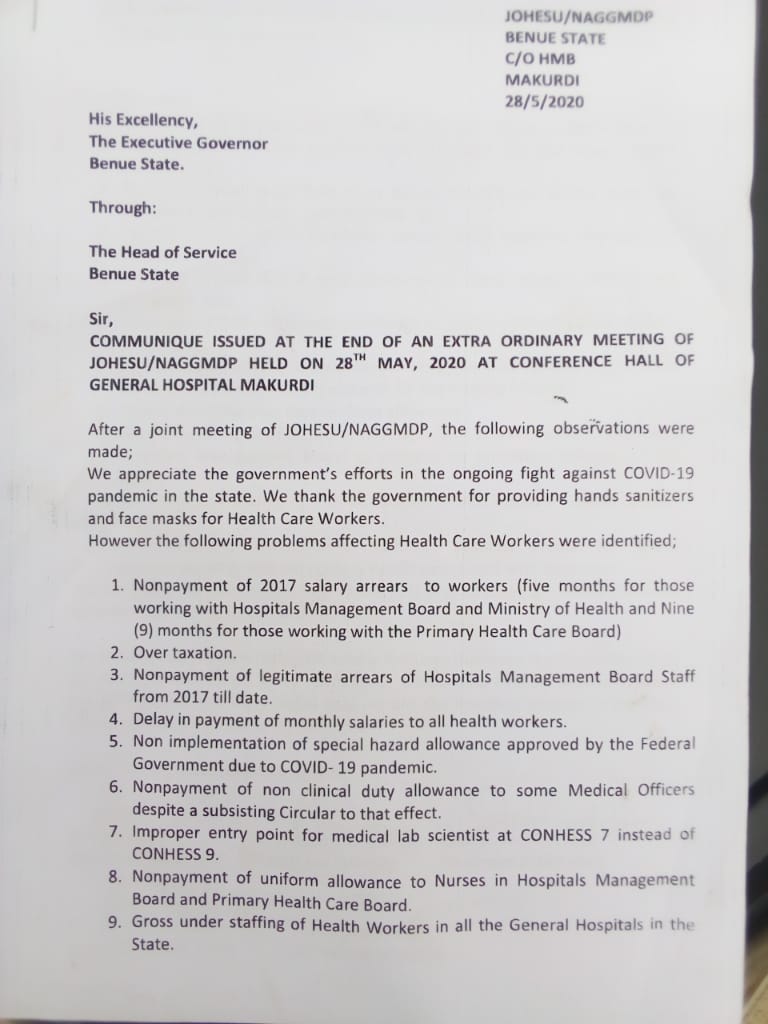 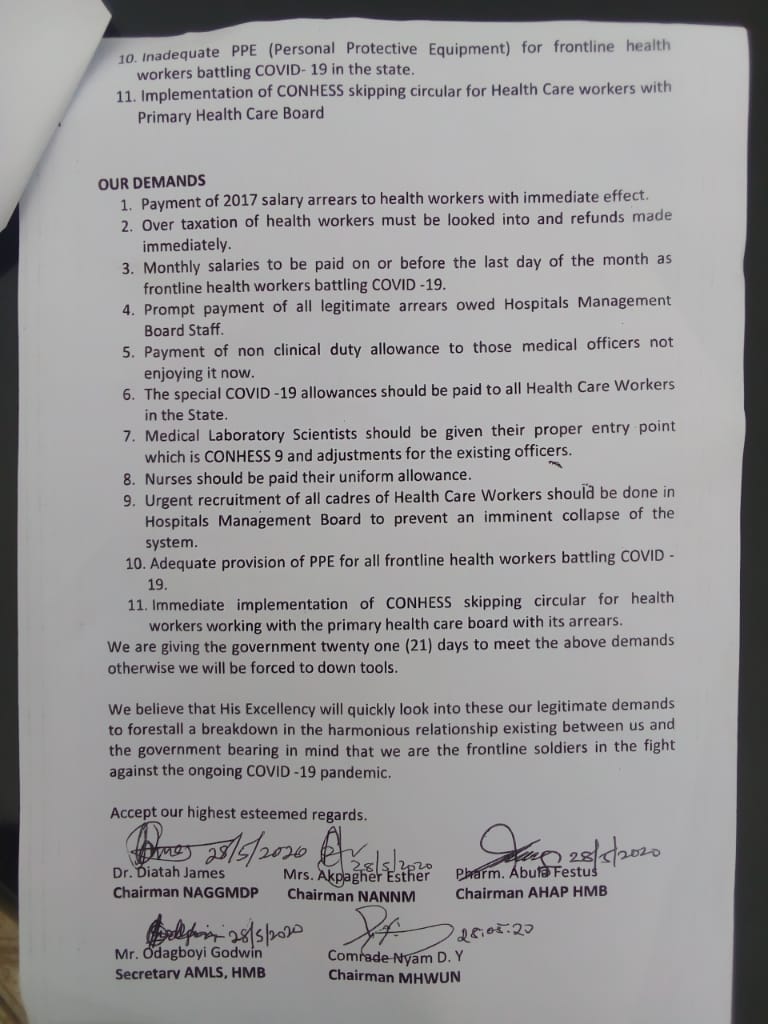 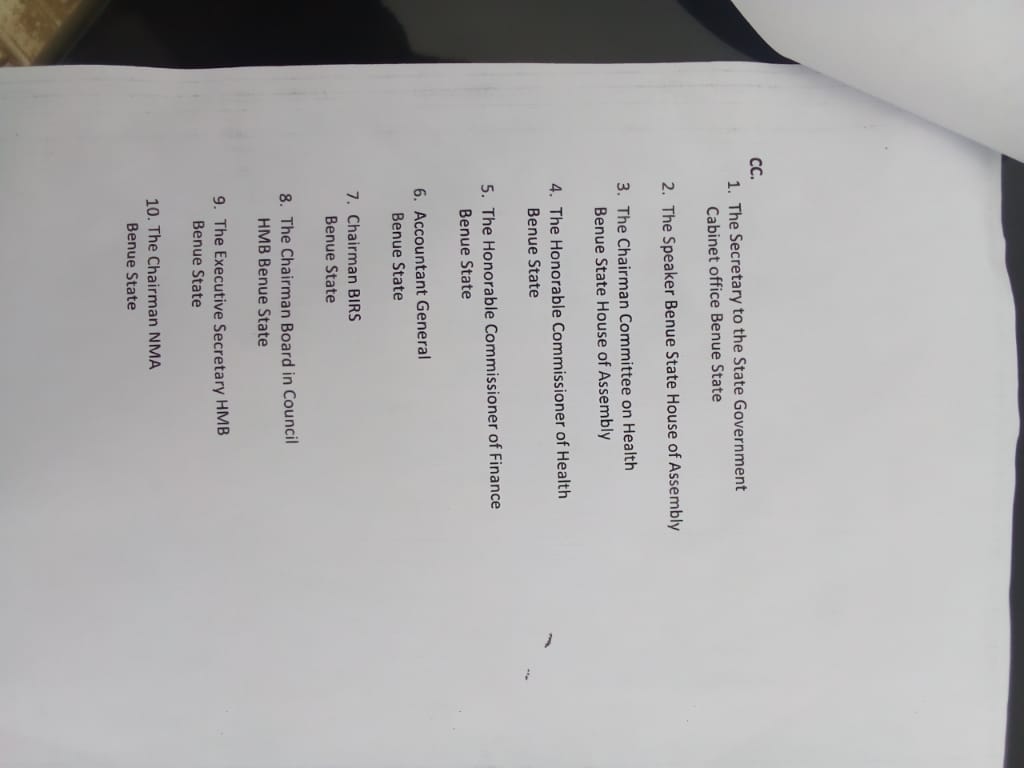