Football legend, Ronaldinho has reportedly proposed to his two girlfriends and will marry them at the same time.

The 38-year-old Brazilian whose full name is Ronaldo de Assis Moreira, will wed his two partners in a private ceremony in his mansion, Brazilian media reports.

It was also alleged that Ronaldinho who’s living with ‘fiancees’ Priscilla Coelho and Beatriz Souza at his £5million Rio de Janeiro mansion, is planning on getting married to them in August.

According to columnist Leo Dias, he told Brazil’s O Dia newspaper, that the former Barcelona star proposed to his girlfriends in January last year and gave them both engagement rings,

He also reportedly always gives the two the exact same presents, including recently buying them the same perfume during a trip abroad together. 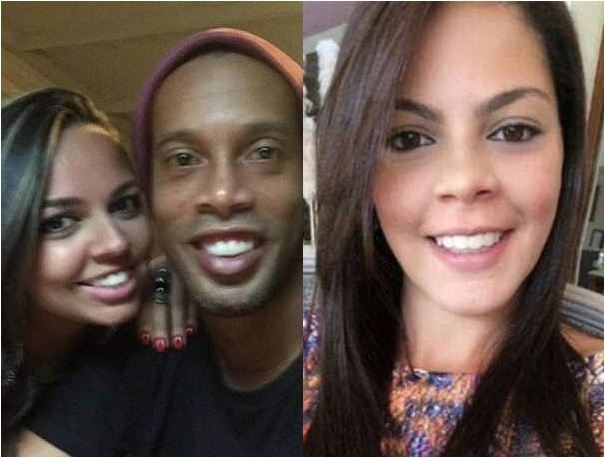 But Dias also revealed that the star’s sister, Deisi, who is against her brother’s polygamy, has said she won’t be attending the wedding.

News of Ronaldinho’s engagement was first published last year, and the footballer debunked it.

‘Do not believe in any news, the day I get engaged, I will tell you,’ He wrote on Twitter.

Despite his denial, it has been claimed by local media that Brazilian singer Jorge Vercillo, who is Ronaldinho’s neighbour, will be performing at the wedding.

According to the report, both Priscilla and Beatriz are from Belo Horizonte, the city where the footballer played with Atletico Mineiro, leading the club to its first Copa Libertadores title in 2012.