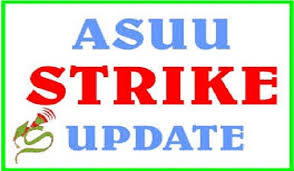 The Academic Staff Union of Universities (ASUU) has shunned a meeting scheduled with the Federal Government on Tuesday to address the concerns raised in an earlier agreement between them for which ASUU has been on strike. ASUU President, Biodun Ogunyemi told newsmen that the education body had submitted a proposal to the federal government and is yet to receive a reply from FG, hence, would not attend any meeting with it until the union gets a reply.

A statement signed by Samuel Olowookere, Deputy Director, Press in the Ministry of Labour and Employment in Abuja had read thus: “In furtherance of efforts at resolving the lingering industrial action embarked upon by the Academic Staff Union of Universities, ASUU, the Minister of Labour and Employment, Sen. Chris Ngige, will tomorrow (today) by noon meet with the President and Executive of ASUU.

“Government delegation at the meeting will include Minister of Education, Minister of Finance, Chairman National Income Salaries and Wages Commission, Executive Secretary National Universities Commission and the President of the Nigeria Labour Congress, NLC.

When Vanguard contacted the National President of ASUU, Prof. Abiodun Ogunyemi, on his phone, yesterday, on the position of the strike, he simply said that the union was still consulting and that whatever was the outcome of the consultation would be made available to the public.

ASUU had declared an indefinite strike two weeks ago, citing FG’s failure to implement agreements reached with the union in 2009.

Ogunyemi, while calling for the strike said during the strike, there shall be no teaching, no examination and no attendance of statutory meetings of any kind in any of the union’s branches across the country.

However, after its meeting on Saturday, Ogunyemi said the body would attend a subsequent meeting only after it has received a reply from the federal government.

He said ASUU had met, discussed the new offer from the FG and submitted a proposal to the government but is yet to receive any response