Nigerian community in the United Kingdom on Tuesday joined Mzough U Tiv United Kingdom, MUTUK in a peaceful protest to the Nigerian High Commission in London over the ongoing killings in Benue State.

Many other Nigerians in different parts of the UK and Europe who were either dressed in black or the Tiv traditional attire came out in their large numbers to support MUTUK in the protest tagged, ‘Operation Stop Fulani Herdsmen Brutal Killings’.

The protesters displayed placards bearing various inscriptions, calling on the Nigerian government to end the ongoing killings in the state.

Some of the inscriptions on the placards bluntly asked President Muhammadu Buhari to ‘stop the Benue genocide on resign.’ 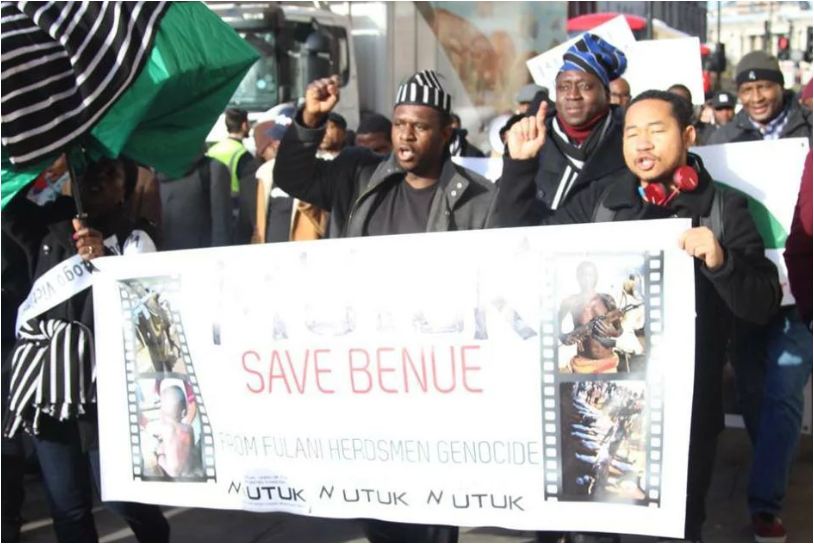 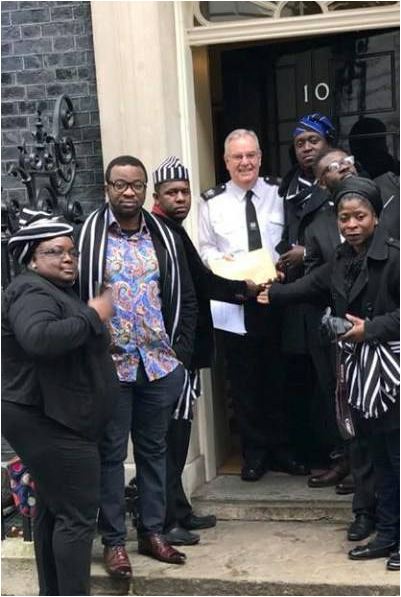 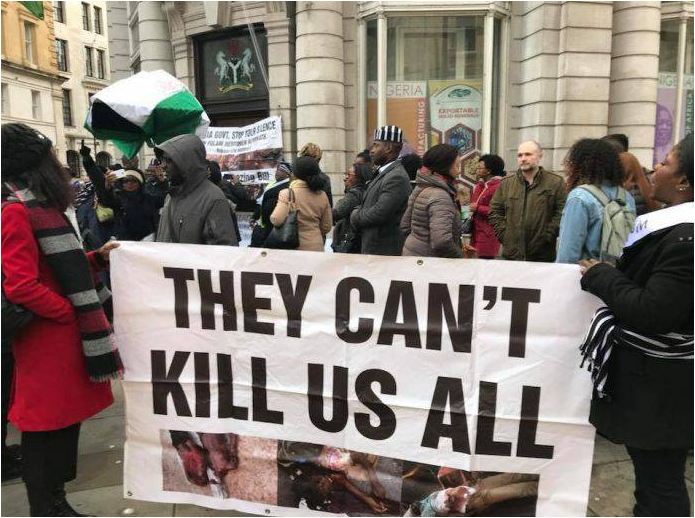