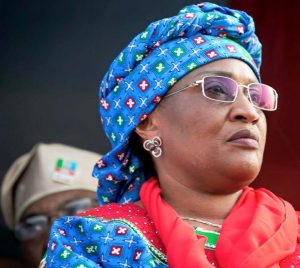 Minister of Women Affairs and Social Development, Aisha Alhassan has alleged that President Muhammadu Buhari told the All Progressives Congress, APC, before contesting for President in 2015 that he would only seek one term in office.

Speaking on Wednesday, the Minister, popularly called Mama Taraba said she intend to hold Buhari by his words that he won’t run for the presidency in 2019.

According to Reuters, Alhassan, who did not give disclose much, said Buhari made the comments in 2015 to APC members.

She said, “In 2014/2015 he said he was going to run for only one time to clean up the mess that the (previous) PDP government did in Nigeria. And I took him for his word that he is not contesting in 2019.”

The comment came after a similar interview with BBC Hausa, where Alhassan said she would support former Vice President, Atiku Abubakar in 2019 should Buhari opt to contest.

Alhassan explained that her choice of Abubakar was predicated on the fact that the former Vice President is her “godfather.”