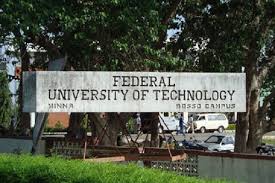 The Governing Council of the Federal University of Technology (FUT), Minna, Niger state has appointed Professor Abdullahi Bala as the 7th Vice-Chancellor of the institution.

In a statement, the university’s Registrar, Victoria Kolo said, “the appointment was approved at 125th meeting of the Council held yesterday in Minna.

“Professor Abdullahi Bala will assume duty on Sunday the 3rd of December, 2017 when the tenure of the incumbent Vice-Chancellor will come to an end.”

Professor Bala was born on the 27th of March 1967. He attended Federal Government College, Minna before proceeding to Ahmadu Bello University, Zaria
where he obtained a Bachelor’s Degree in Agriculture.

He got his Masters Degree in Soil Chemistry and Fertility from The University of Reading in the UK between 1992 and 1993. He then proceeded to the University of London where he obtained his Doctor of Philosophy (Ph.D) in Soil Microbiology between 1995 and 1999.

Bala had worked with different reputable companies which include; Independent Policy Group, Abuja between 2004 and 2007, IITA Kano, between 2010 and 2012 before he was appointed as the Deputy Vice Chancellor (academics) at Federal University of Technology, Minna February 2012.