Chief Press Secretary to the Benue State Governor, Mr. Terver Akase says his principal will continue to support talent hunt initiatives that seek to give Benue youths opportunities to realize their dreams.

He commended the church for organising a successful tournament where talents had been harnessed, stressing that through the competition, players would be discovered for Lobi Stars, national and international teams

The Chief Press Secretary who expressed the commitment of Governor Ortom to youths and sports development. 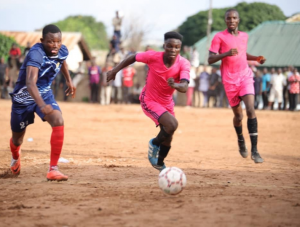 He also donated a set of jerseys to each of the teams that played the final game. He also encouraged the overall best player and highest goalscorer of the tournament as well as goalkeepers of the winners and runners-up teams.

Faith Hills Football Club of Wadata defeated Elite Football Club, Railway Quarters by a lone goal scored by Demenenge Daga to lift the trophy in the final, marking the end of the two weeks competition which featured ten teams within the Benue State Capital. 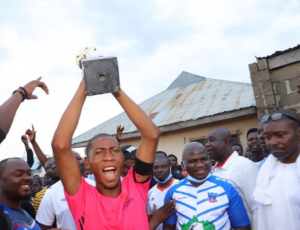