Beyonce’s Vogue cover has been trending since it was released yesterday and attention has been a such on Queen Bey as it has been on the young photographer Tyler Mitchell.

Tyler is the first African American photographer to shoot a Vogue cover in it’s 126-year history. As expected, he was left excited by this, especially after the cover was released and it received positive feedback.

Reacting to the attention he’s received because of the cover, he said: “I cried 3 times already this morning. Here’s Beyonce by me for the September 2018 cover of American Vogue.” 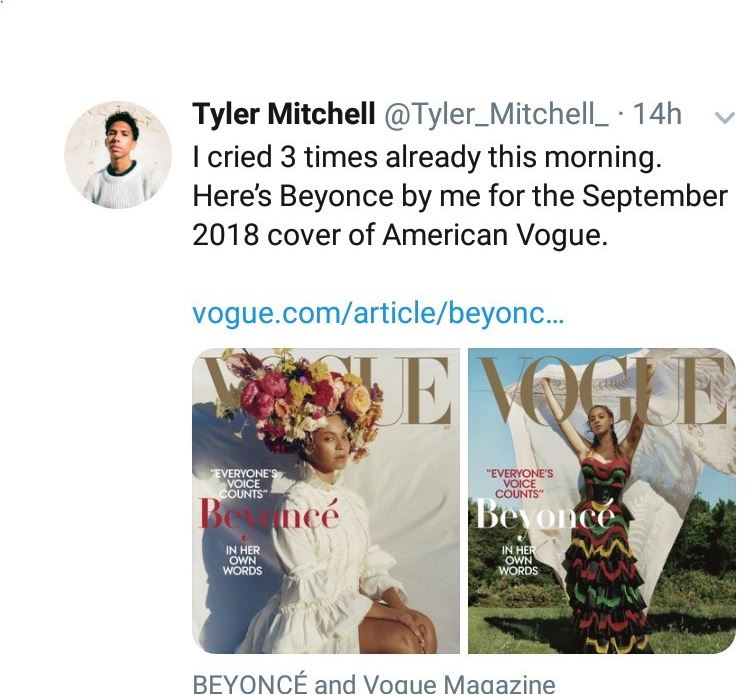 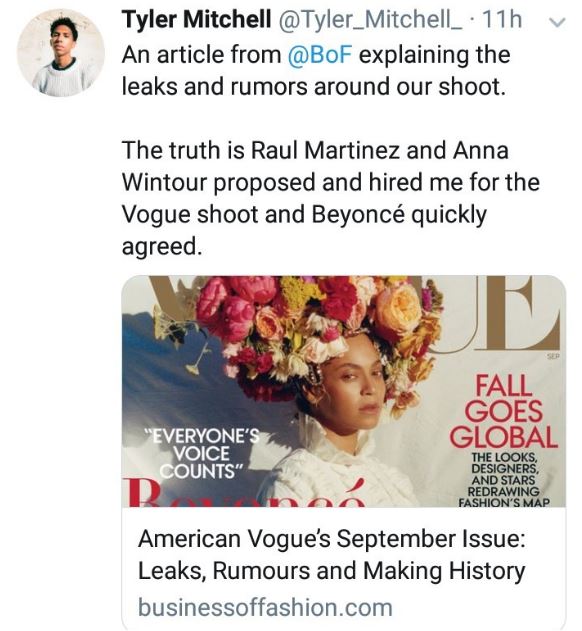