The testimony was shared on the facebook page of the press and publicity unity of Bishop David Oyedepo’s church, Winners chapel. For those who believe such stories, read below. ..

Luiz Fedelis was confirmed dead after being taken to four major hospitals in Lagos. His Area pastor ordered for him to be brought home, after which he called on the God of his father Bishop David Oyedepo, he placed the prophetic mantle round his neck and poured some anointing oil inside his mouth. Surprisingly he vomited two cowries, life was restored. See him walking gallantly in the lord. Bishop David Oyedepo declared that anything dying or dead around you shall be restored back to live by the resurrection power of Christ 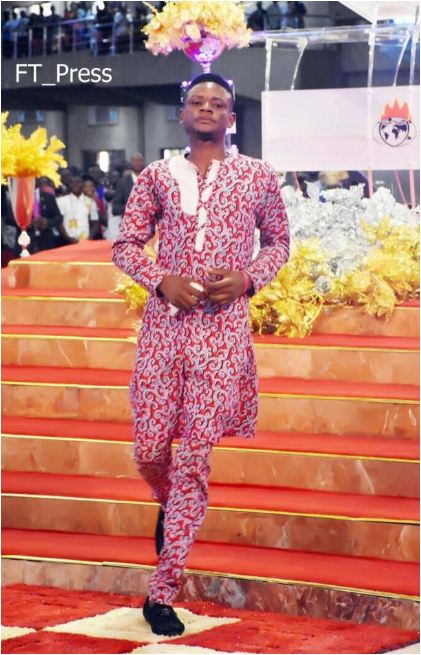 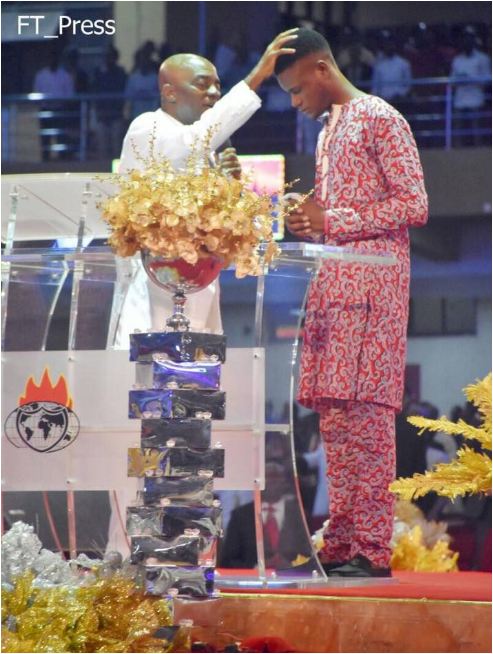 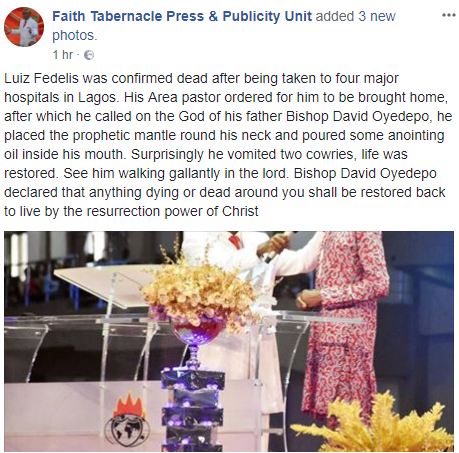