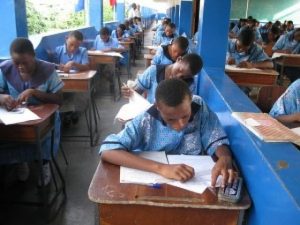 The National Examination Council (NECO) on Thursday released the results of the senior school certificate examination (SSCE) it conducted throughout the country and some overseas countries between June and July this year.

The Registrar and Chief Executive Officer of NECO, Professor Charles Uwakwe, who announced the results, said over 1,055,988 candidates registered for the examination, while 1,051472 actually sat for the test which covered a total of 76 subjects.

As a result, Uwakwe said six schools had been “derecognised” for their institution being involved in examination malpractices in addition to 23 supervisors “who aided malpractices in one way or the other were blacklisted”.