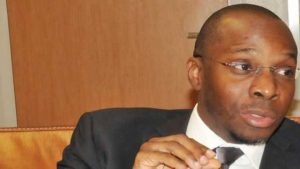 The Statistician-General of the Federation and Chief Executive Officer, National Bureau of Statistics, NBS, Yemi Kale has warned that the effect of Nigeria coming out of recession will not be felt immediately by citizens.

Kale, who issued the warning yesterday while speaking at a press conference in Abuja, stressed that recession is not about the price of your goods, or whether unemployment is going up or down but it’s purely dependent on the Gross Domestic Product, GDP.

He also debunked reports in certain quarters that the announcement of the economy exiting recession was politically motivated.

According to Kale, “There is a different stage Nigeria must go through before the masses will feel the effects of going out of recession. Out of recession is the first step which is very important then the country can talk of economic recovery which is going back to where Nigeria was before the recession.

“Recession is just a technical word; we are comparing 2017 and 2016. Recession is not about the price of your goods, not whether unemployment is going up or down, not whether you have quality education; it’s purely your gross domestic product.

“Your outputs of goods and services in the economy are going down and the Gross Domestic Products (GDP) is an accumulation of 46 different economic activities in Nigeria and the overall number. Whether positive or negative will determine whether you are in recession or out of recession.

“Now, within those 46 activities, some sectors will do very well and will be positive, some will do badly, some will do worse and some will stay the same way they are.

“It is not political because it is the same bureau that gave other negative data. Things have improved but we are not there yet, it is only food prices that are still high.’’