SAD! Little Girl Shoots Herself With Gun She Found In Her Grandma’s Purse While Trying To Reaching For Candy…

A week ago, four-year-old Yanelly Zoller was staying at her grandparents’ home in Florida when she reached into her grandmother’s purse looking for a sweet treat, but instead found a gun. 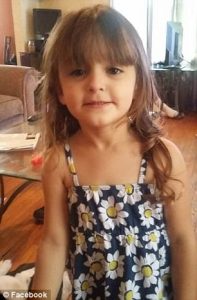 Yanelly, known to her family as ‘Nelly,’ accidentally pulled the trigger, shooting herself to death.
The toddler was pronounced dead from a single gunshot wound to the chest on September 14 at the Tampa residence of her paternal grandparents, Michael and Christie Zoller. 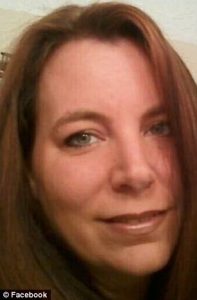 Her 22-year-old father Shane Zoller told the Tampa Bay Times on Wednesday that he was on his way to pick up Nelly to take her to the local splash pads when he saw police vehicles with their lights flashing outside his parents’ home. 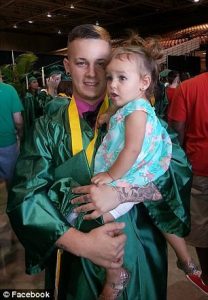 ‘She just wanted some damn candy,’ Zoller said of his late daughter’s motivation to reach into her grandmother’s bag. Tampa police told the newspaper they are investigating the case, but have no reason to doubt Zoller’s version of events.