A student of Osun State Polytechnic, Iree, was allegedly shot dead by a SARS officer in Osun State.

An eyewitness claims that they were looking for a bike man around Ajangbala, area in Iwo town, on their way home, before the SARS officer allegedly attacked them and shot Babatunde. He died at the scene.

Friends of the deceased have gone on his Facebook page to mourn him. 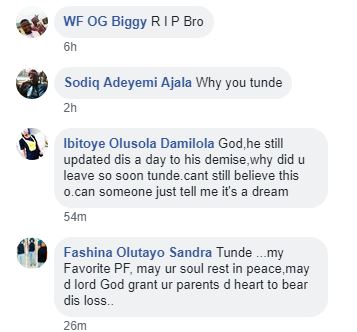