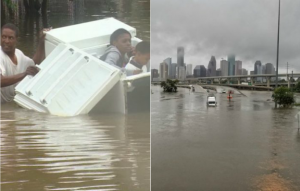 Rain is still pounding America’s fourth largest city and its suburbs with hundreds of thousands of people affected. Here are the latest developments.

Catastrophic flooding is hitting Houston as ex-hurricane Harvey continues to stall onland. It has dumped as much as 26 inches (66cm) of rain in the past 72 hours and much more is expected until Friday.

Thousands of people have fled to their rooftops or higher ground as rescuers struggled to keep up with calls for help. Houston emergency services have received nearly 6,000 appeals for rescues. The coast guard said it had rescued 1,200 people, of which 200 were from the air.

A viral image from Houston shows a man trying to save his family by rowing them in a refrigerator after Storm Harvey caused widespread flooding in Houston.

The death toll has reportedly reached five and is expected to rise as the storm triggers additional tidal surges and tornadoes. (Photos) 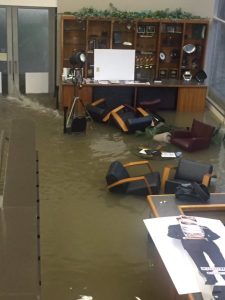 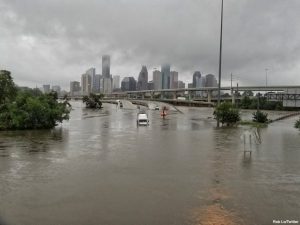 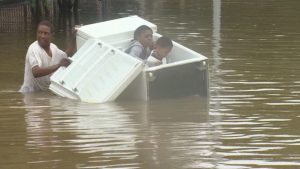