Student Threatens To Sue JAMB For Withholding His Result… 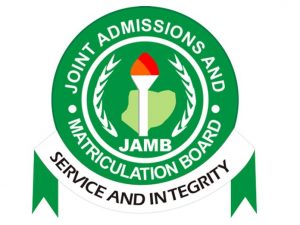 A 16-year-old Bayelsa State pupil, Nengimote Loko, has threatened to sue the Joint Admission and Matriculation Board over the alleged seizure of his May 2017 examinations result conducted by the board.

The pupil is said to be brilliant and boasts of various awards, including the best student from secondary schools in Nembe area of the state.

He recently won cash prize and a laptop in a competition organised by Bayelsa-based Nengi James Foundation.

Loko, in a petition filed by his counsel, Okorodas and Co., and supported by the Civil Liberties Organisation, Bayelsa State chapter, addressed to the Registrar of JAMB, threatened the board that failure to release his result would force the civil right groups to sue for damages against his fundamental rights.

His lawyer and the CLO claimed that the withholding of Loko’s result had subjected him to psychological trauma.

The petition stated, “The victim, who is our client, is a brilliant student and a winner of an award with presentation of laptop as best student of Nembe National Grammar School. He was honoured by the Nengi James Foundation.

“Sadly, however, the result of our client for the May 2017 Unified Tertiary Matriculation Examinations was not released and without just cause.

“Our client was not found guilty of examination malpractices, neither was there any issue reported against our client, yet his result was not released, hence this letter.

“We, therefore, humbly demand the release of our client’s result within 21 days upon service of the notice or face stiff legal action.”