Following the emergence of Monkey-pox disease in Nigeria, the Federal government has warned against eating any bush-meat particularly monkeys for now. However, this facebook user who is based in Rivers state butchered monkeys and used the meat to prepare pepper soup. Sharing photos of himself with some monkeys, he wrote;

‘Commissioner Of Misinformation Disapproves Government Propaganda On Monkey Pox, People Should Go About Eating Monkey I’m Cooking Already.
Boil To Temperature Of 100Degrees.
Use Monkey tail Kaikai To Step Down The Pepper-soup.????????
#WetinConcernMe’. 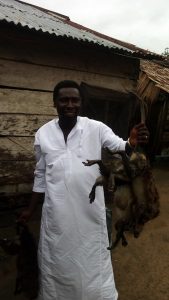 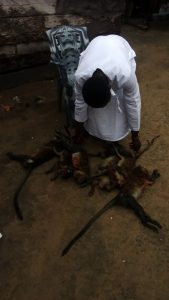 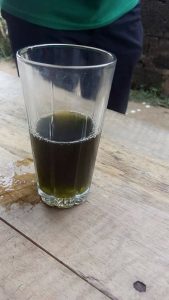